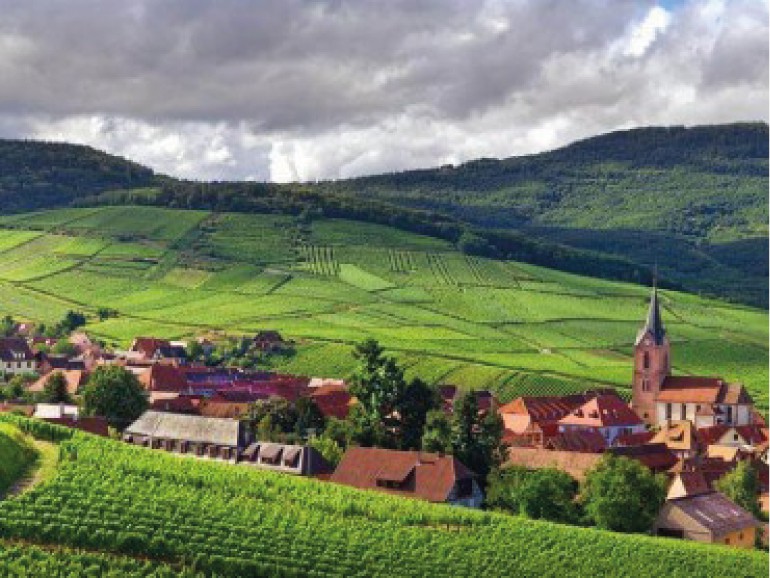 This tour has been carefully designed for travellers that wish to get the most out of their stay in Alsace. The Pearls of Alsace tour comprises what we believe are the most essential things to see whilst in the region. It includes sight-seeing of towns, monuments, charming traditional villages, historical landmarks, as well as a wine tasting session.

Pick up in Strasbourg and then head for the beautiful town of Colmar. Defined by Frommer as "one of the most attractive towns in Alsace," Colmar is situated in east-central France, in a border region that was once disputed over with Germany. The city is reputed for its well-preserved old town, numerous architectural landmarks and museums, among which is the Unterlinden Museum that houses the Isenheim Altarpiece. The altarpiece, over 500 years old, is considered the masterpiece of German artist Grünewald.Your tour will take you to the Maison des Tetes,an outstanding German Renaissance building, listed since 1898. Then on to Little Venice of Colmar in the Krutenau quarter, constructed during the middle-ages as a market garden area. Gorgeous, impeccably-preserved half-timbered houses line up along the River Lauch and link up to the city’s indoor market. Other significant landmarks include the Koifhus, the Pfister house and St Martins Church. 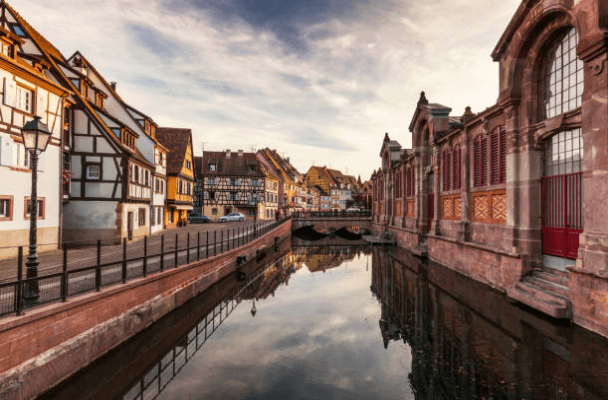 Then move on to the stunning village of Eguisheim, voted as one of Frances most beautiful villages. Surrounded by vineyards, the narrow and concentric streets highlight the architectural merits of its half-timbered houses, lovingly decorated with flowers.

The discovery of the village ends with a wine tasting where you will discover world-renowned Alsace wines in a typical winery.

Your tour then continues on to another voted “most-beautiful” village; Riquewihr, well known for its historical architecture. The village is encircled by medieval fortifications and over the centuries has been very fortunate to survive war and destruction. The charming cobbled streets, fortified walls and old houses have preserved their 16th century splendour, creating remarkable architectural harmony.

Free time for exploring and for lunch. 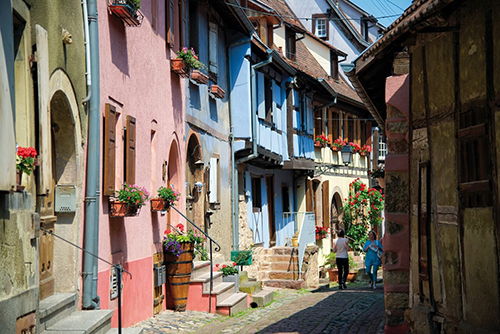 After lunch, follow the breath-taking Alsace ‘Wine Route’ that has contributed to the fame of Alsace wine. The region boasts centuries of wine production with many treasured and sought-after cuvées. Given the German influence in the region, wines here are mostly varietal wines, bottled in the characteristic Alsace tall bottle; flûte d’Alsace. The vineyards are concentrated in a thin band, from north to south, protected by the Vosges Mountains in the west. The cooler northern climate is preferred mainly by white grapes, and some of the most unique white wines in the world can be found along the route. Established over 60 years ago, the route flows over 170km from the Rhine valley to the Vosges Mountains and houses grape varieties such as riesling, gewürztraminer and sylvaner. The route places you in a backdrop of a rolling vine-covered landscape, perfectly unified with quaint narrowed-street villages, charming flower decked houses and church steeples. 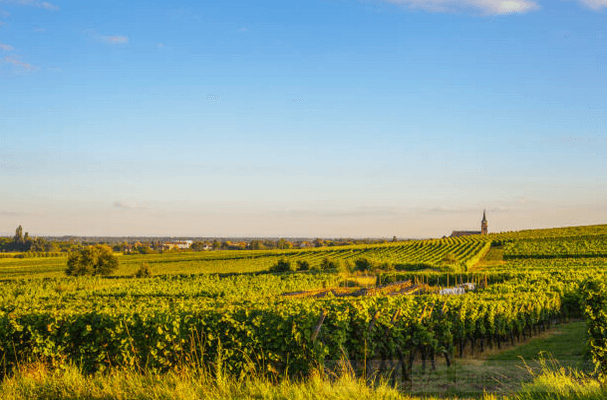 Finish the day with a guided tour of Haut Koenigsbourg Castle, an impressive 12th century fortress overlooking the valley from a rocky spur. The castle occupied a strategic position for controlling wine and wheat routes to the North as well as the eastern salt route.

Abandoned after the Thirty Years War, German emperor Wilhelm II ordered its reconstruction at the beginning of the 20th century, whilst the area was under the rule of the newly formed German Empire.

The castle passed back to French rule in 1919 and has been classed as a historical monument since 1993.

This major tourist site attracts over 500,000 visitors every year.

After the visit, return to Strasbourg.

Benefit from the undivided attention of your guide on this private tour. 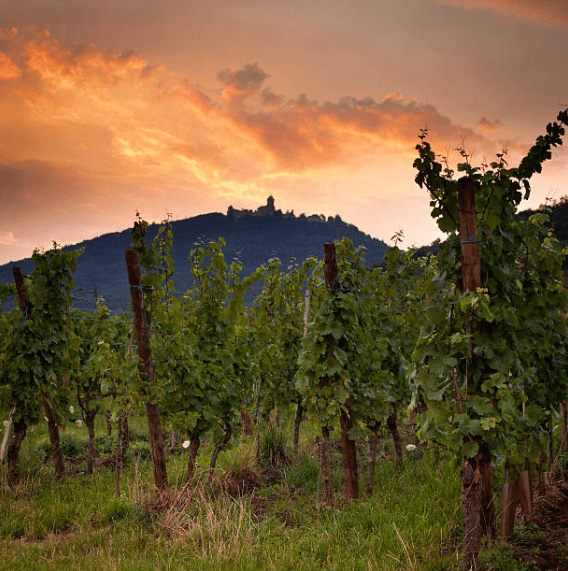