This tour has been carefully planned for travelers who want to make the most of their stay in Alsace. This Alsace Day Tour comprises what we believe to be the most essential things to see in the region. It includes sightseeing tours to cities, monuments, charming traditional villages, historical landmarks.

Pick-up is at 8:50 am in front of the Strasbourg Tourist Office.

Visit Colmar, one of the most attractive cities in Alsace.

Colmar is located in east-central France, in a border region that was once part of Germany. Discover the deep ancient charm here, where you can see its most famous structure, the Pfister house built in 1537. This towered corner house has been listed since 1927. Another listed building is the Koifhus, the Old Customs House and storage room dating back to the 15th century. Also not to be missed is the Gothic church of Saint Martin. It was built on existing foundations between 1234 and 1365 as the church of a college dedicated to the cult of Saint Martin of Tours and was the original home of the Alterpiece Isenmann (now in the Unterlinden Museum). End your visit to Colmar with a tour of the picturesque neighborhoods of Little Venice or the Tannery. 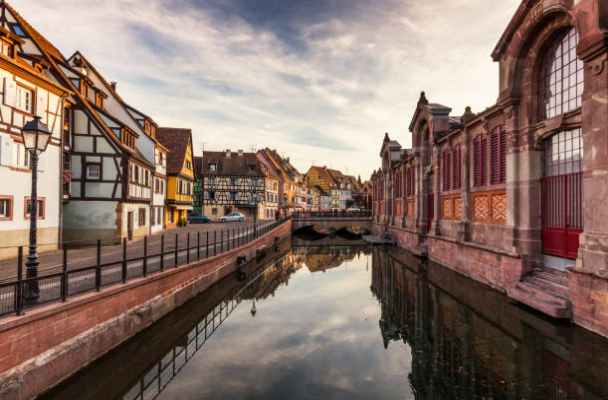 Guided tour of the village of Eguisheim.

Then we drive to the stunning village of Eguisheim, voted one of the most beautiful villages in France. Surrounded by vineyards, the narrow, concentric streets highlight the architectural merits of its half-timbered houses, lovingly decorated with layered flower boxes.

Riquewihr, a destination voted the “most beautiful village”.

Well-known for its unique and historic architecture, the village is surrounded by medieval fortifications and has been fortunate to survive a series of brutal wars and wastes of time over the centuries. The charming cobblestone streets, massive perimeter walls and old houses maintain their 16th century splendor through diligent administration and cooperative government to preserve the harmonious and remarkable architecture for the posterity and annual enjoyment of many thousands of visitors.

It wouldn't be hard to imagine that Riquewihr's architecture and style served as a model for some of Disney's most classic cartoons and theme parks around the world. 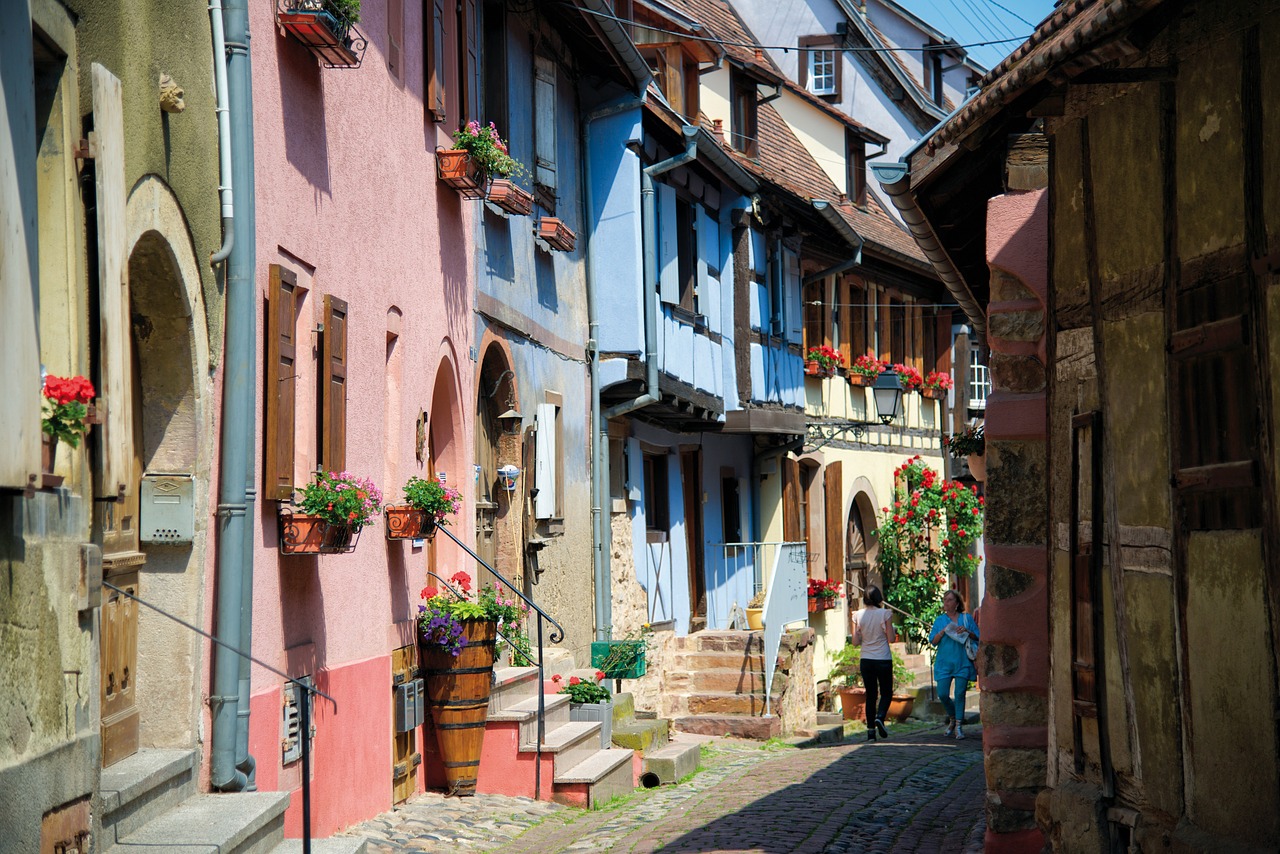 Free time for lunch at your leisure in Riquewihr.

The "Wine Route" of Alsace.

After lunch, we will follow the stunning Alsace "Wine Route" that has contributed to the fame of Alsace wine. The region has centuries of production with many appreciated and sought after cuvées. Given the German influence in the region, the wines here are mainly varietals, bottled in the tall Alsatian bottle; flûte d'Alsace. The vineyards are concentrated in a narrow strip, from north to south, and protected by the Vosges mountains to the west. The cooler northern climate is favored by mostly white grapes, and some of the world's most unique white wines can be found along this same route. Founded over 60 years ago, it flows over 170 km from the Rhine valley to the Vosges mountains and is home to grape varieties such as Riesling, Gewürztraminer and Sylvaner.

The route places you against a backdrop of vine-covered landscapes, seamlessly joined with quaint villages with narrow streets, charming houses with flower boxes and distinctive church towers. 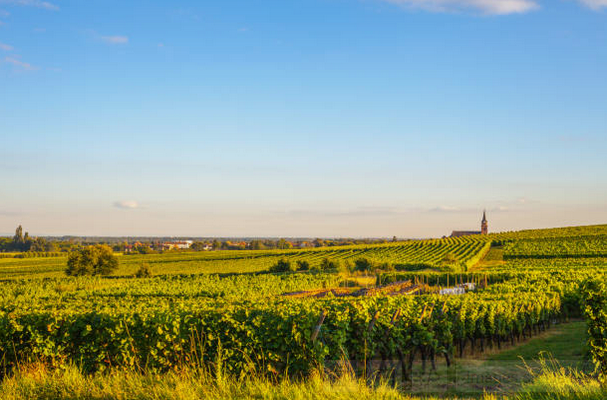 Round off the day with a guided tour of Castle Haut Koenigsbourg, an impressive 12th-century fortress overlooking a rocky spur valley. The castle occupied a strategic position to control the wine and wheat routes to the North, as well as the Salt Route to the East.

Abandoned after the Thirty Years War, German Emperor Wilhelm II ordered its reconstruction in the early 20th century, while the area was under the rule of the newly formed German Empire.

The castle returned to French rule in 1919 (after World War I) and has been listed as a historic monument since 1993.

This major tourist site attracts over half a million visitors every year. 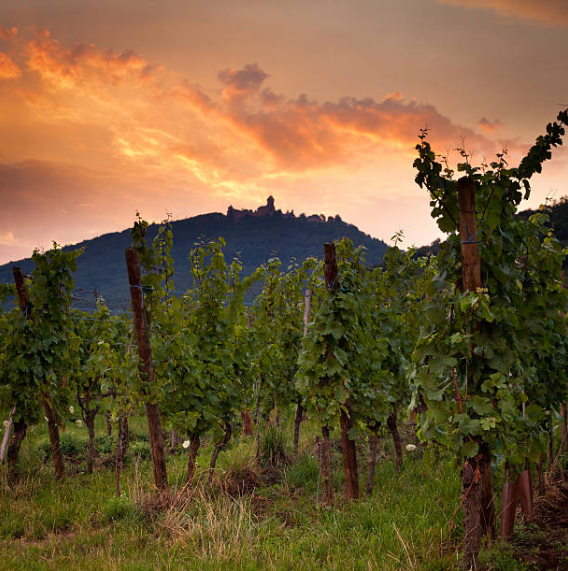 Drop-off is at 6 pm at Place Gutenberg in Strasbourg.

Transport in a comfortably equipped minivan for the day.

We recommend that our customers in Paris take the train at least one day in advance to guarantee punctuality on the day of the tour.

This tour is subject to availability and guaranteed departure for a minimum of 2 people.