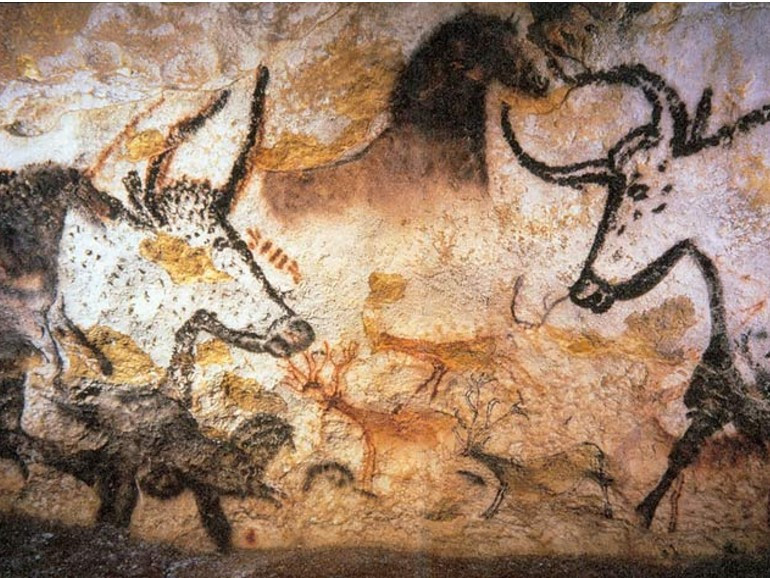 Pick up is at 8:50 AM in front of the bus stop at Place Pasteur in Sarlat la Caneda.

The Dordogne area is known for its many intact prehistoric works of art. The decorated walls and caves are testimony to the early human migration in Europe dating back over 45,000 years!

Around 15,000 B.C. prehistoric peoples created astonishing cave paintings and this tour allows you to see this fascinating art with your own eyes and learn about early mankind. 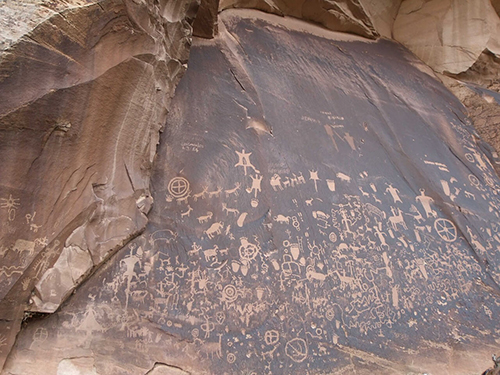 Visit of the National Prehistory Museum.

The day begins in Les Eyzies de Tayac for a guided visit of the National Prehistory Museum. Re-opened in 2004, this national museum possesses the largest collection of prehistoric artifacts in the world, displayed over 1500m² (16,000 sq. ft.) Not only does this UNESCO world heritage site attract hundreds of thousands of inquisitive visitors, it also draws prehistorians and archeologists from around the globe.

Visit of the Rouffignac Cave.

Then it's on to a visit of Rouffignac Cave, a wonderful prehistoric example containing authentic original engravings and depictions. This cave is mentioned by François de Belleforest in his 1575 publication Universal Cosmography, in which he refers to various paintings and animal remains. The cave became a tourist attraction in the early 19th century and in the early 20th century it was visited by a number of famous archaeologists of the day such as Henry Breuil, André Glory and Martel. It would not be until 1956 that the cave art was reappraised by Louis-René Nougier and Romain Robert, two prehistorians from the Pyrenees, who confirmed the prehistoric authenticity of the cave art. 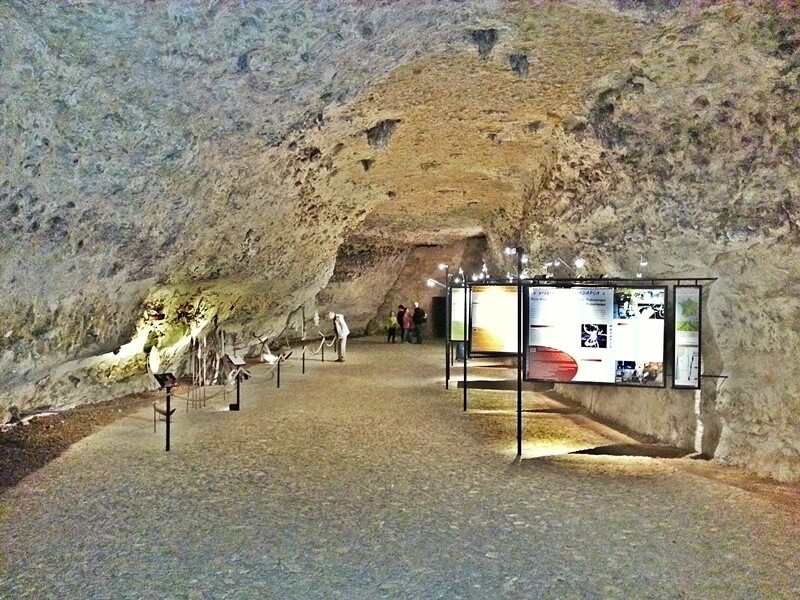 Lunch at your leisure and free time in Montignac or in a small village along the Vezere River.

Visit of the Lascaux IV Cave in Montignac.

You will then continue to Montignac to visit the Lascaux IV Cave. This cave is a fully detailed restoration of a pre-existing prehistoric cave. Originally discovered by 18-year-old Marcel Ravidat in 1940 while walking his dog Robot, the restoration was finally completed in 2016.

Lascaux IV is a triumph of renovation technology. Unlike other cave visits, Lascaux IV comprises different stagings, displays, state-of-the-art interactive workshops and immersive technology in order to bring history back to life. The designers wished to replicate authenticity and the atmosphere within is just like that of many great caves: humid, dark, and very quiet.

Drop off is at 6:00 PM at Place Pasteur in Sarlat.

We recommend our customers from Paris/Bordeaux to take the train at least one day earlier to guarantee punctuality on the day of their tour.

This tour is subject to availability and a Guaranteed departure with a minimum of 2 people.